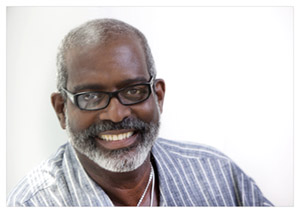 The late Henry Jackson, our founder and visionary, passed away in June 2017. Henry Jackson was a prominent business man and entrepreneur with a long and distinguished career and excellent track record in his community. Henry came from humble background and rose through the Corporate ladder through hard work and dedication. Mr. Jackson started his Business Career with a stint in the Army where he served in Vietnam in 1969-1970. After that he moved from entry level Accounting to higher positions within Accounting and Management in Manufacturing Companies. This was at a time when there existed a glass ceiling for African Americans in Corporate America. Jackson rose from a Financial Planning Manager to the President of a $ 170 million European Subsidiary of a US Multinational Corporation. Jackson has had extensive manufacturing background as a Senior Executive with both domestic and international assignments for a $700 million US Corporation. Jackson has a Bachelors of Science and Commerce from DePaul University and an MBA from the University of Notre Dame.

The roots of the Millennium Steel Service joint venture date back 12-1/2 years to a meeting between Toyota and Henry Jackson. Jackson was then president and CEO of Jackson Plastics Inc., a plastic injection molder in Nicholasville, Ky., and a Tier I and II supplier to Toyota, as well as other auto and appliance makers. This resulted in a Minority Owned Joint Venture with Toyota Tsusho America Inc. called Millennium Steel Service. Millennium Steel Service is a Tier 1 Raw Material supplier to Toyota and other Toyota related parts makers for one of the most important commodities needed to manufacture automobiles, steel. Millennium Steel Service is responsible for all logistical aspects of the steel supply chain including ordering, purchasing, processing, warehousing and delivery of steel. Toyota as a customer demands a very high standard of quality, delivery (just in time) and service (order accuracy, ability to respond to crises etc.). MSS has been proud to report 100% achievement of the quality, delivery and service targets across its customers for the past 5 years.

Millennium Steel Service, LLC celebrated its 10th year anniversary in 2011. Revenues have grown from $ 37 million in 2001 to $ 250 million in 2011. Employee base has grown from 10 team members to 54 team members currently. Millennium Steel Service was ranked as #21 in the 100 Top Black Owned Businesses (Industrial and Services Sector) in 2012 (as per Black Enterprise Magazine, a leading publication that tracks Black Owned Economic Success) and is the largest Minority Owned Enterprise in South Western Indiana.

Mr. Jackson's mission for Millennium Steel Service Companies is to provide Steel products and Logistics Services of Unequaled Quality to our customers. Millennium Steel Service Companies will achieve this by following the operating principle of being perfect oriented in all aspects of our business, working towards total customer satisfaction, sharing responsibility through team work, mutual respect and empowerment and positively impacting the community through service, involvement and concern for environment.